Education from the end of the 20th century to the present seems to follow a different path from traditional methods as it is inextricably linked to the economic, social, political and cultural developments taking place globally. At the Lisbon European Council in 2000, the importance of educational innovations for achieving the strategic goal was highlighted, making the European Union the world's most competitive and dynamic economy (European Council, 2000). By recognizing that today's education system cannot follow change and try to meet the demands of a globalized society, it is constantly undergoing reforming education programs by introducing and applying innovative teaching methods and practices. The educational policies of the member states, through innovations, aim at developing and cultivating critical thinking, teamwork, knowledge building, technological literacy, and basic skills that pupils need to have in order to shield themselves from modern challenges (European Union, 2002). Since 2006, on the other side of the Atlantic, the US has considered STEM innovation in education, realizing that they are losing competition in the economy due to low levels of student performance in the fields of science and mathematics (OECD, 2012).

STEM training is considered to be a driving force for preparing students for the future.

The education system needs to be grasped with innovative elements that make young people more resilient, flexible and ultimately successful as they enter the real world and start to contribute to society. The creation of a STEAM school (with A-arts added to incorporate culture and communication) is an important step towards the necessary educational redesign. Emerging Education systems that want to develop STEAM schools need a model and activity guidelines or even a prototype.

In this project we developed a prototype school structure design with suggested dynamic curriculum, activities, learning and creativity plans and methods. We also developed a training course for training teachers on how they can work effectively and productively under a STEAME school. The last letter E added to STEAM to make it STEAME may be considered as innovation as we bring the last letter E to stand for Entrepreneurship so STEAME is “Science, Technology, Engineering, Arts, Mathematics and Entrepreneurship”. It is explained further in the proposed project that entrepreneurial mind set and skills are among the necessary components so creativity in STEAM can be transferred into an application for the society at large.

STEAME School of the Future - Presentation

"STEAME School of the future" available to be exploited - click here 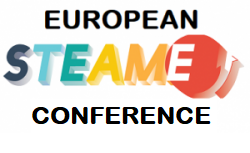 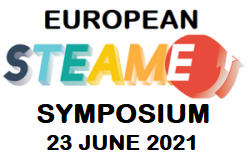 This project has been funded with support from the European Commission. This website reflects the views only of the author, and the Commission cannot be held responsible for any use which may be made of the information contained herein.
Shopping Basket